What Is Peripheral Artery Disease?

What is Peripheral Arterial Disease?

PAD is most commonly the result of atherosclerosis, a condition in which plaque builds within the arteries. Over time, this plaque hardens and reduces the flow of oxygen-rich blood. If PAD is left untreated, complications can include heart attack, stroke, or loss of limbs due to infection or injury. While the exact cause of atherosclerosis is not known, certain conditions that damage the inner layers of arteries may be contributors or risk factors of PAD. In its early stages, carotid artery disease does not show any symptoms.

What are the common symptoms associated with Peripheral Arterial Disease?
Data from the Centers for Disease Control (CDC) suggests that 2/3 people with PAD have no symptoms, while 1/4 have severe PAD. PAD can be difficult to diagnose, as many patients have no symptoms or symptoms so mild that they give them little consideration.

What are the risk factors associated with Peripheral Arterial Disease?

CIS estimates that 17-20 million Americans have PAD, and this number is growing. The prevalence of PAD increases with age. According to the US Department of Health and Human Services, one in every 20 Americans over the age of 50 has PAD. Many who suffer from the disease are never diagnosed or treated because the symptoms of PAD are often mistaken for general signs of aging. While some hardening of the arteries and plaque build-up is normal as you grow older, certain risk factors, including behaviors, conditions, or habits, can lead to developing PAD sooner. The more risk factors you have, the higher your chances of developing PAD.

Some of the common endovascular procedures used to treat Peripheral Arterial Disease are:

Some PAD conditions are not favorable for an endovascular procedure. When arterial blockages are not suitable, surgical treatment is recommended. Surgical procedures for the treatment of PAD often involves bypass around the diseased segment with either a vein from the patient or a synthetic graft. Patient recovery after a PAD surgical procedure can take several weeks.
What are the complications associated with Peripheral Arterial Disease?

While many patients have no symptoms of PAD, the condition does pose a potential health risk. Those with more advanced forms of PAD may experience complications including the following:

Claudication – Leg pain that occurs with movement such as walking or exercising is known as claudication. This discomfort often goes away with rest. However, in more severe cases, the pain may continue even during rest. Other associated symptoms can include numbness, weakness, and coldness in the lower leg or foot.

Critical Limb Ischemia (CLI) – Critical Limb Ischemia (CLI) is a particularly severe form of PAD in which the extremities have difficulty healing from injury or infection. In some cases, these infections or wounds may not only be slow to heal, but they may also actually progress, resulting in gangrene, or the death of surrounding tissue. Eventually, if not treated properly, these complications can lead to the need for amputation.

Are PAD and PVD the same thing?
Understanding the distinction between PAD and PVD can be confusing, particularly when there seem to be so many naming variations. In addition to peripheral artery disease and PAD, you may have heard the condition referred to as peripheral vascular disease or PVD. This often leads the two to be used interchangeably, and while the term PVD does encompass all cases of PAD, the term PAD cannot be used to refer to all types of PVD.

PVD is considered to be either functional or organic, based on how it develops. Functional PVD does not result from damage or defect of the blood vessels. In conditions such as Raynaud’s disease, the vessels expand or constrict on their own in response to stimuli. Organic PVD, on the other hand, occurs when there is damage to vessels from sources such as inflammation or plaque buildup, or atherosclerosis. PAD is the most common form of organic PVD.

While patients may hear and see the terms PAD and PVD used interchangeably, it is important to understand that, while PAD is the most common, other forms of PVD do exist.

PAD is a particularly dangerous form of vascular disease of which too many patients are unaware. While the condition can sneak up silently, the complications it can cause can be life-altering and may even result in the loss of limbs. Early diagnosis and treatment is key to minimizing the impact of the disease. If you are already suffering from symptoms of PAD or meet the risk criteria above, contact Cardiovascular Institute of the South. With a simple, non-invasive test called an ankle-brachial index, you can determine your risk for PAD and gain invaluable insight into your health. 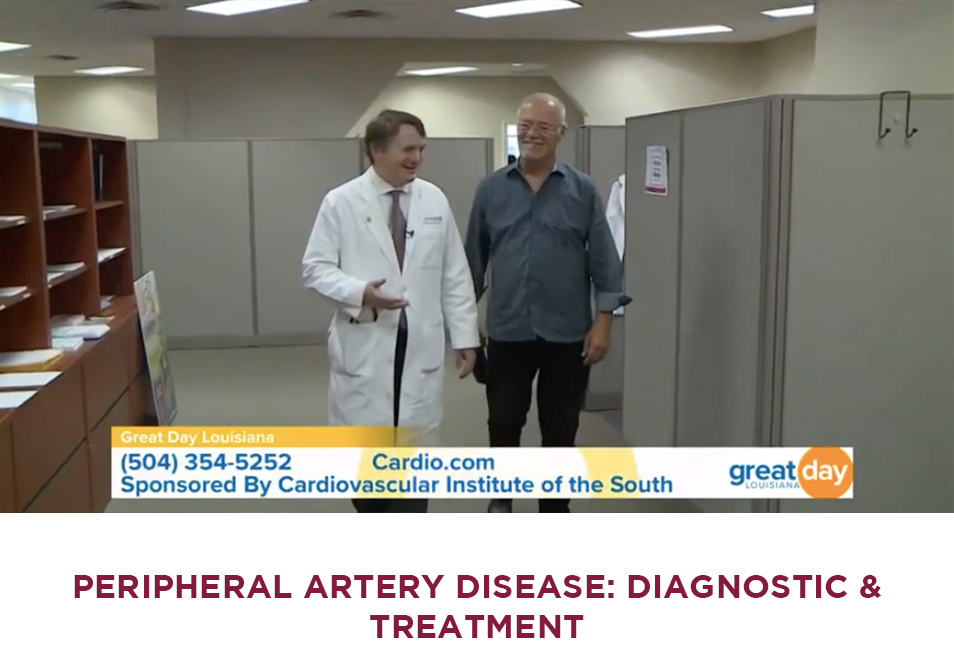 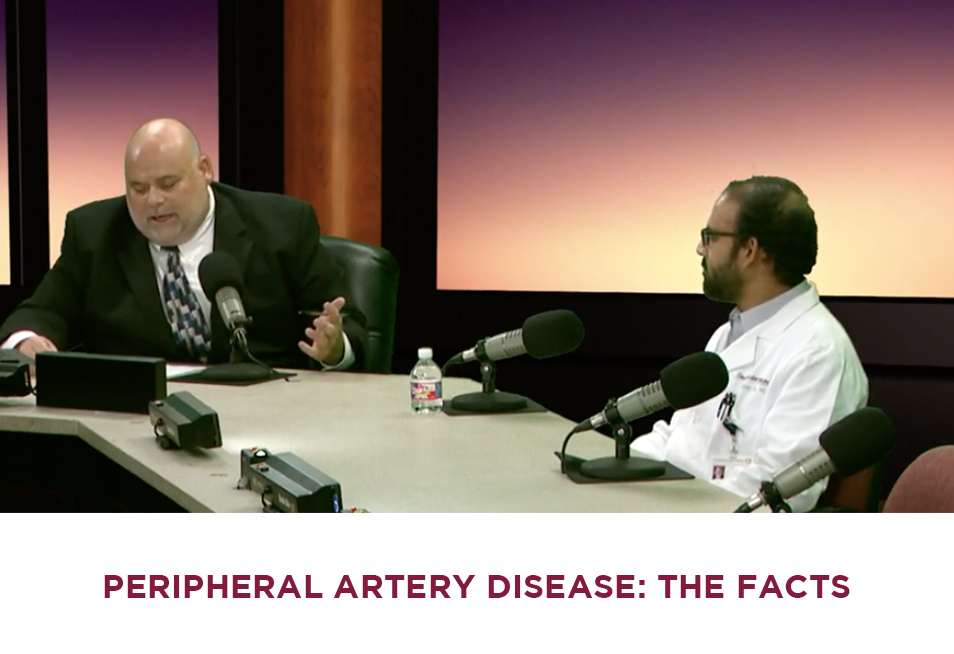