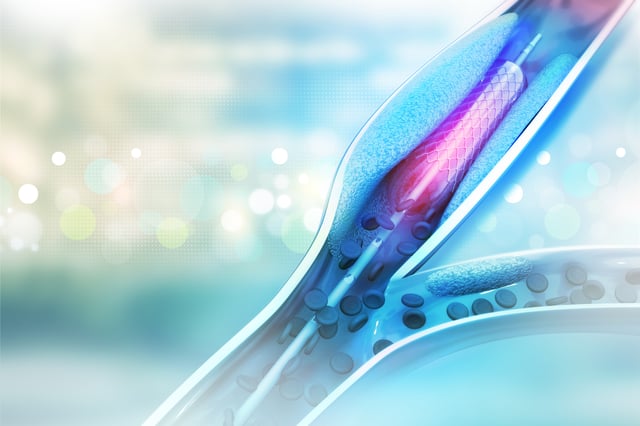 Think of your body’s vascular system as a network of roadways.  It is comprised of three main types of blood vessels (or roads):

When all is going well and the system is functioning at its most optimal level, blood is able to flow easily and get to where it needs to be, when it needs to be there.  However, as is the case on any South Louisiana roadway, a single hiccup in the system can quickly lead to problems throughout.  In the vascular system, these problems may be narrowing arteries due to atherosclerosis (plaque buildup) or blood clots which can impede blood flow the heart or brain.

In order to prevent these hiccups from escalating into something far more critical, early identification is a necessity.  The sooner that you and your Lafayette cardiologist identify a problem, the more effectively it may be treated.  Unfortunately, vascular diseases are notoriously quiet and often show no physical symptoms, making it necessary for any patient with common risk factors to be especially vigilant.  Such factors may include:

If your cardiologist suspects that you may have a vascular disease such as peripheral artery disease (PAD), he can conduct diagnostic tests.  These may include:

Once a diagnosis has been confirmed, there are a number of suggestions that your doctor may make for treatment.  In some cases, lifestyle changes such as exercise, diet, and smoking cessation are impactful enough to avoid further intervention.  These changes are often in conjunction with medication prescribed to help control contributing factors such as cholesterol or blood pressure or to prevent the development of blood clots.

In cases where lifestyle changes and medication alone are insufficient, special procedures are warranted.  Among the most commonly used for the treatment of vascular disease are the following:

Cardiovascular Institute of the South has earned a reputation for advanced treatment of vascular disease, particularly peripheral artery disease.  The expertise of our physicians combined with innovative techniques and cutting edge technology has led our Lafayette PAD treatment center and others to become leaders in detection, treatment, and amputation prevention.

Learn more about PAD and the regions where we offer PAD treatment by clicking below.