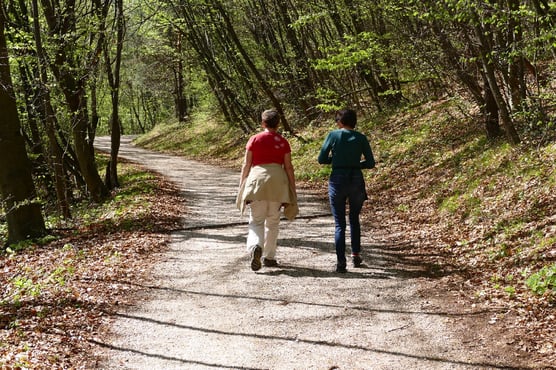 It may be frightening to learn you can have a stroke without realizing it. Silent strokes have symptoms that can be extremely difficult to notice, especially for those who may not know what to look for. However, just because they fly under the radar doesn’t mean they should be taken lightly. Silent strokes can cause permanent damage to the brain, and they should be addressed by medical professionals as soon as possible. Here are five things you should know about silent strokes.

1. What Is a Silent Stroke?

When the brain is suddenly cut off from blood supply, a silent stroke can occur, damaging brain cells in the process. There may be no warning signs leading up to this and many people do not realize they experienced a silent stroke until they undergo a brain scan. Because silent strokes do not produce the common symptoms associated with other strokes, this cardiac event can be easily overlooked and shrugged off. However, ignoring these signs can be dangerous and lead to additional severe strokes and cognitive decline.

2. Symptoms to Watch For

You likely won’t know for certain that you have suffered a silent stroke without receiving a brain scan like an MRI or CT scan. After a silent stroke, a brain scan can show small white spots that indicate the presence of lesions. But, unfortunately, strokes that do not leave behind noticeable damage may be left untreated without a proper diagnosis.

Unfortunately, those who may not know what to look for could mistake the symptoms for a less-threatening condition. Silent stroke symptoms are often mistaken for aging, such as difficulty balancing or controlling the bladder. Silent strokes may be accompanied by the following:

Experts also encourage the use of the acronym FAST to help people remember the signs of a stroke, and the steps they need to follow. If you follow the steps of FAST, this is what it should look like:

Silent strokes are far more common than most would assume. Experts say silent strokes affect 8 -11 million Americans annually. And one in four people over the age of 80 has suffered at least one silent stroke in their lives. After discovering the telltale white spots on brain scans, medical professionals can often trace symptoms such as clumsiness or loss of motor function in the limbs back to the occurrence of a silent stroke.

While silent strokes often pass undetected, the damage they cause can be quite noticeable. Once you suffer from a silent stroke, your chances of suffering from more strokes in the future increase. The damage caused to the brain can result in significant cognitive decline or even death. It may also lead to vascular dementia. The damage that happens is permanent, but through therapy and healthy habits, stroke survivors may be able to reduce the effects and prevent future strokes.

While strokes cannot be predicted, you can take proactive measures to decrease your chances of suffering from one. Factors such as high blood pressure, smoking, vascular disease, and diabetes increase the odds of a stroke. However, habits like checking your cholesterol, blood sugar regulation, regular exercise, and maintaining a healthy weight help lower stroke risk. In 2018, a study showed that women who ate a Mediterranean diet decreased their stroke risk by more than 22 percent. Your doctor can discuss more options with you about stroke prevention that would suit your needs and lifestyle the best.

Experience the Care You Deserve

If you would like to take steps toward maintaining or improving your cardiovascular health, schedule an appointment with a Cardiovascular Institute of the South specialist. Get the quality care you deserve, close to home!