Why is Smoking Bad for Your Heart? 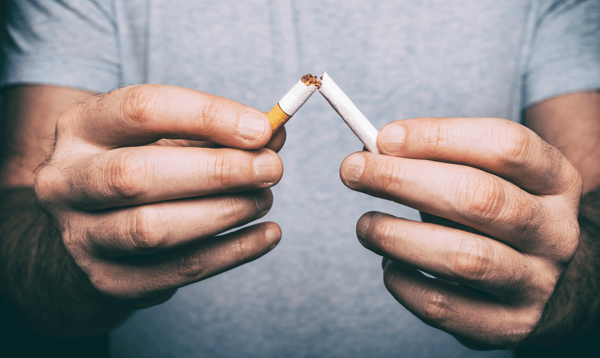 When a smoker lights up, there can be a rush of conflicting emotions.  Feelings of calmness and happiness may be juxtaposed to those of frustration and regret.  Most smokers know the ill-effects of their habit.  Many want to quit, but the pull of the nicotine can be overwhelmingly strong.  Each time a smoker has a cigarette, their brain gets a rush of feel-good chemicals called dopamine.  Inevitably, however, these levels drop, and more nicotine is needed to get the rush.

This is the basic cycle that defines most types of addiction.  What makes smoking particularly dangerous, however, is its prevalence and potentially catastrophic health complications.  Each year, nearly 6 million people across the world die from smoking-related illnesses.  In America alone, over 16 million are living with diseases that stem directly from smoking.  More disturbing still is the direct connection between smoking and our nation’s number one killer of both men and women: heart disease.

How Does Smoking Lead to Heart Disease?

One quarter of the more than 800,000 deaths from heart disease each year can be linked directly to smoking.  The connection lies in the damage that cigarette smoke causes to the lining of the blood vessels.  In response to exposure to the dangerous chemicals within the smoke, the cells inside blood vessels become damaged and inflamed, leading to narrowing of the vessels themselves and greatly increasing the risk for a number of cardiovascular conditions and events.

Cardiovascular disease, or heart disease, is not a single condition.  Rather, it is an umbrella term covering many different diseases which impact the cardiovascular system.  The most common of these is coronary artery disease (CAD), a condition which commonly results in heart attack.  CAD, along with many others are potential complications from smoking.  Other commonly associated diseases include:

As dangerous as smoking is, quitting can quickly begin to reverse some of the damage and reduce health risks.  As early as 24 hours after their last cigarette, a smoker’s risk for heart attack begins to decline.  Of course, if quitting were simple, you wouldn’t be reading this.  For most, it takes finding the right support system or program to finally get the job done.

Commit to Quit is one such program with which many former smokers have found success.  Click below to learn more about the program, find a location, and learn what you can do to get started now.