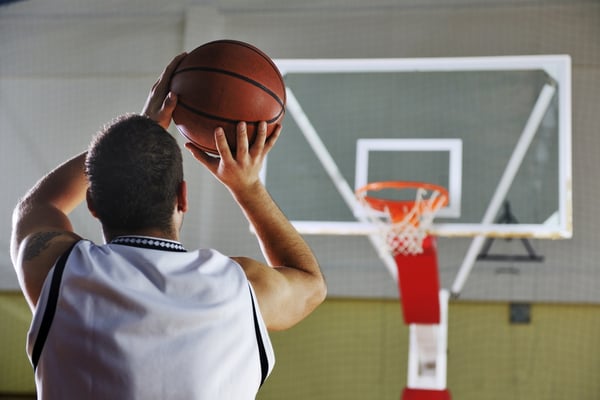 You may have heard the stories of a high school football player or a college basketball recruit collapsing during practice or a game.  Sometimes, all ends well with a fast-thinking bystander jumping in to help or an AED (automated external defibrillator) being nearby.  Unfortunately, there are other instances in which these young athletes are not so fortunate.

Sudden cardiac arrest (SCA) is the sudden and unanticipated loss of heart function, consciousness and breathing.  There are an estimated 350,000 deaths due to SCA each year, and while the vast majority of these occur in older populations, young athletes account for about 110.  In fact, SCA is the leading cause of death for competitive youth athletes, with the average age of occurrence being 17 years old.  Considering that nearly 8 million high schoolers participate in competitive sports, parents have good reason to be concerned about SCA in their own child.  Fortunately, there are steps that can be taken to understand your child’s risk and to be prepared in the case of a cardiac event.

Research regarding sudden cardiac death (SCD) in youth athletes indicates that as many as 80 percent of cases occur in those who have been completely asymptomatic prior to the event.  Cardiac arrest serves as the one and only indicator that a heart problem exists.  For the majority, this problem is a structural abnormality of the heart, most often hypertrophic cardiomyopathy (HCM).  HCM is a disease which causes thickening of the heart muscle and makes it difficult for the heart to pump blood.

While HCM and other structural abnormalities may not always cause symptoms, there are occasional signs.  These may include shortness of breath, chest pain, fainting, or palpitations, particularly when associated with exercise.  Children who exhibit these symptoms should be examined by a cardiologist.  However, even in the absence of symptoms, parents are well-advised to seek a heart health screening for any child who is actively engaged in sports.

The heart abnormalities most often associated with SCA tend to have strong genetic links.  In the case of HCM, having a parent with the condition means there is a 50 percent chance that their children will inherit it as well.  However, having any first-degree relative with the diagnosis can indicate an increased risk.  Likewise, parents should take into account any close relatives who have died from unexplained causes, as these may have been cases of undiagnosed HCM or other cardiac abnormalities.

Be Prepared in the Event of Cardiac Arrest

As both a parent and spectator, it is important to understand the life-saving steps that should be taken immediately following SCA.  This means learning how to perform CPR and always familiarizing yourself with the location of the nearest AED.  Studies show that even the shortest delays in defibrillation make a significant impact in the odds of survival and that they are most effective when used within 3 minutes of the arrest.

Unfortunately, not all locations provide an AED.  As of December 2017, only 17 states required AEDs on school campuses.  As the parent of an athlete, helping to educate others involved with your child’s school and sports teams regarding the importance of AEDs can help protect not only your own child but countless others as well.

Request a Heart Health Screening for Your Child

In the majority of sudden cardiac deaths among youth athletes, prior knowledge of an underlying heart condition could have helped prevent cardiac arrest.  Screenings for heart abnormalities are simple and painless and include tests such as EKGs or CT Scans.  While it is likely that such tests will reveal no structural defects, they can give parents peace of mind that their child is competing safely, and in the rare instances where a problem is detected, necessary treatment and precautions can be taken to prevent a catastrophic cardiac event.

If you have questions or concerns regarding your child’s heart health or would like to request a screening, contact any Cardiovascular Institute of the South location, where we see patients 16 years and older.