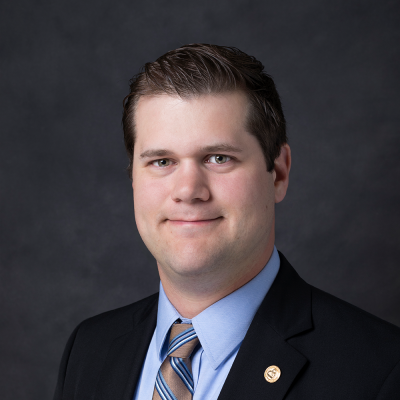 John Kazusky works as the Executive Vice President of Practice Management for the Capital Region at Cardiovascular Institute of the South.

Before joining CIS, Kazusky worked as the Inside Sales Manager at the Cook Hotel and LSU Alumni Association. In this role, he ensured the very best customer experience for guests, implemented new procedures and policies, and worked with billing and contracts.

In 2015, Kazusky received the CIS Ace Award, presented to the person who is an unsung hero, a leader for all, and a star in the eyes of our patients, physicians, and staff. The recipient of this award carries on the mission, vision and values held true by the physicians and staff of CIS. In 2018, Kazusky was presented with the CIS Leadership Award, presented to the Team Leader demonstrating the spirit of teamwork, creativity, innovation and willingness to meet the challenges of the future.