A New Start for the Young at Heart: Sherry's Story 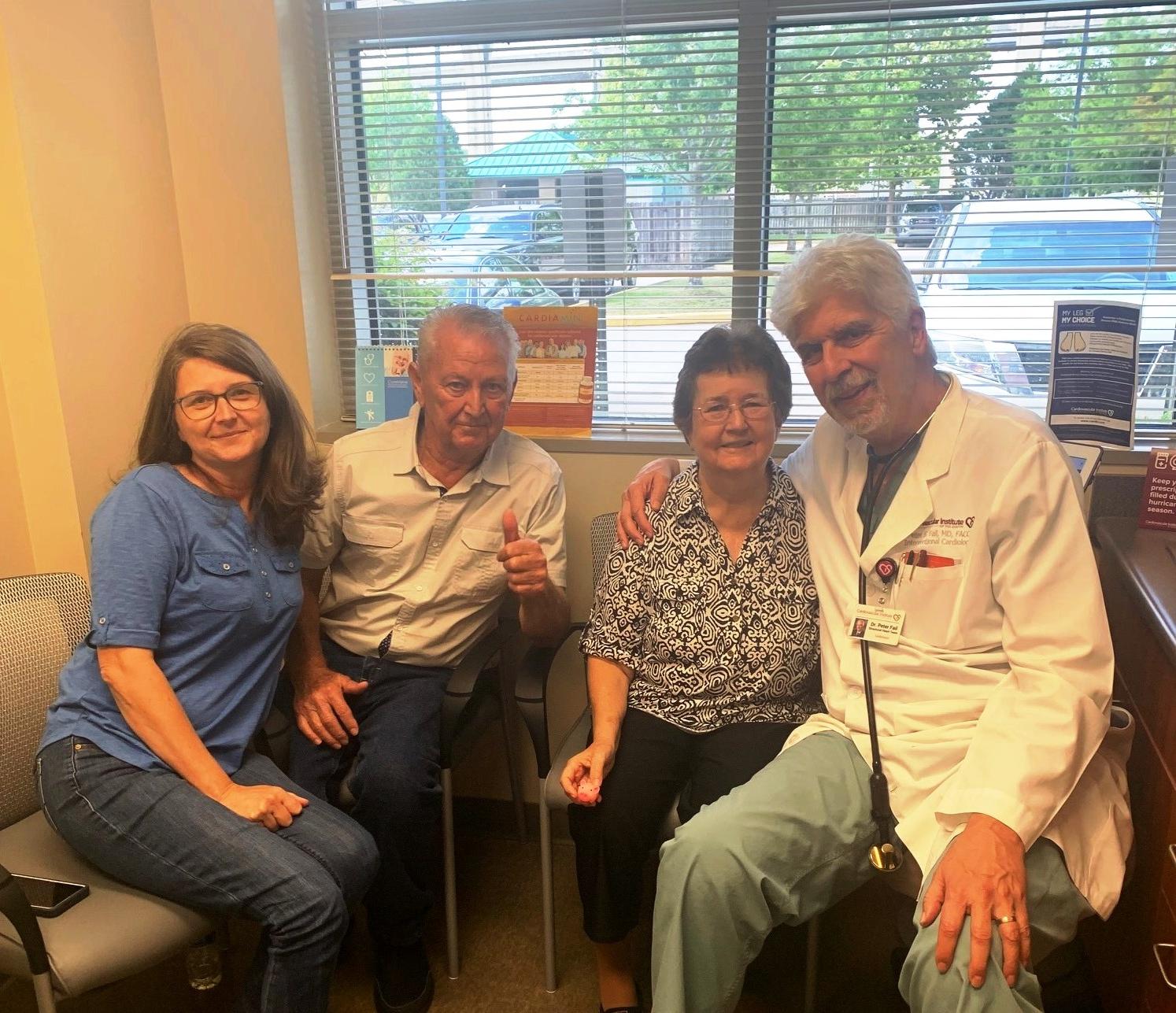 Sherry is pictured with Dr. Peter Fail, her husband Mike, and her daughter, Amy Blanchard.

Sherry had previously had a bio-prosthetic surgical valve replacement in 2016 for this condition. But years later, she began suffering from shortness of breath and fatigue. Her aortic valve was deteriorating, and she was very weak. She was on oxygen throughout the day and taking nitroglycerin frequently to relieve her symptoms of heart failure. “I was so sick; I knew I was dying,” she said. She was even scared to fall asleep at night because she didn’t know if she would wake up. “We would sleep in bed with her, with our hands on her heart,” said her daughter, Amy. “That’s the only way she would fall asleep.”

Sherry explained to Dr. Fail how she was feeling. “I was so weak and I had no more energy to fight,” she recalled. Dr. Fail told Sherry about a high-risk procedure technique called BASILICA, in which he could interventionally place a new valve into the prosthetic valve she already had. She was very high-risk and not a candidate for open heart surgery. She and her family chose to proceed with the procedure, hoping that it would be successful while also understanding the risks.

As morbid as it sounds, Sherry and her family were prepared for the worst due to her high-risk condition. They went so far as to buy a dress for Sherry to wear for her own funeral. The night before her surgery, Sherry’s family joined her for an evening of quality time, including prayers and a visit from her parish priest for her last sacraments. She and her family stayed up almost all night reminiscing and sharing stories and memories. Sherry has 5 sisters, 4 children, 7 grandchildren and 2 great grandchildren. 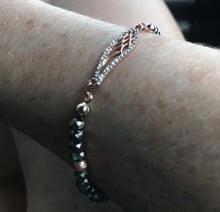 Sherry also bought angel wing bracelets for her family to wear as a sign of their connection and united prayers. She gave hers to her daughter, Amy, to wear during the procedure.

Sherry’s procedure took place in the catheterization lab at Terrebonne General Health System. In this unique procedure performed by Dr. Fail, an electrified wire is weaved through the catheter and splits the failing valve’s leaflet in two, allowing blood flow into the coronary artery before the new valve is deployed. This prevents the concern 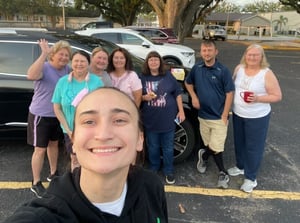 of coronary artery obstruction during transcatheter aortic valve replacement (TAVR). Meanwhile, Sherry's family and friends gathered to pray and anxiously wait (pictured to left). Ultimately, the procedure was a success.

Sherry and her family could not be more thankful to Dr. Fail and his team at CIS who have given her her life back. Only four weeks post-procedure, Sherry is back to cooking, washing dishes and planting okra in her garden. She only uses her oxygen at night, and her symptoms are nearly gone. “Dr. Fail is one-of-a-kind,” Sherry said. She even brought him vegetables from her garden.

Sherry is thankful to all those who prayed for her and her family through this time. In fact, her family threw her a “thank God I’m still alive” party. When asked about her “funeral dress,” she said, “I’ll never wear it. I might even burn it!” 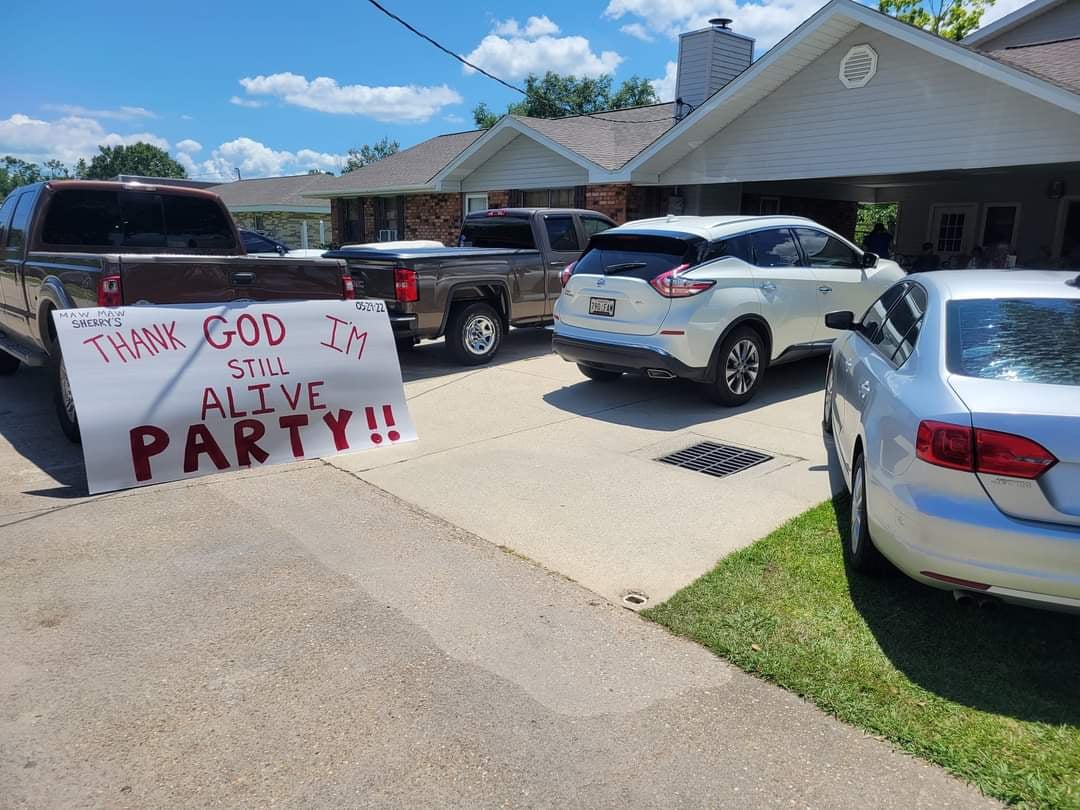 At her appointment, Dr. Fail said her new valve looked phenomenal. “I’m so thankful for you,” she told him. “Without you…,” she trailed off with tears in her eyes. “You’re a lifesaver.”

“You are amazing, mom,” Amy chimed in. “These are her bonus years.” 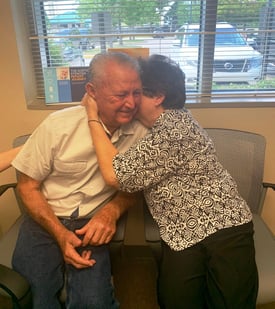 “Our family motto is ‘make it happen’,” said Amy. “And that’s just what she did.”

Click here to learn more about valve disease and the Structural Heart Program at CIS.