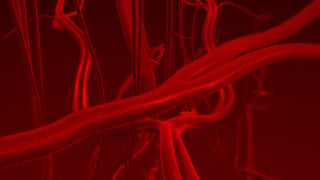 If you are one of the nearly 16 million Americans who have diabetes, you already know that it comes with its fair share of complications.  Diabetics have an increased risk of a large number of health complications including heart disease, stroke, eye problems, kidney disease, and even some conditions that you may have never heard of before such as peripheral artery disease.

What is Peripheral Artery Disease (PAD)?

Peripheral artery disease (PAD) is a condition marked by narrowed arteries in the legs most often caused by the gradual build-up of plaque.  As the path of blood flow becomes more restricted, the risk of complications such as heart attack, stroke, and even loss of limbs increases.

Why are Diabetics at an Increased Risk for Peripheral Artery Disease?

There often no symptoms associated with PAD which makes it all the more important that patients be aware if they are considered high risk.  In the case of those with diabetes, monitoring and controlling their disease is of particular importance.  When blood sugar is not well-controlled, the walls of the arteries can become damaged and plaque may build up more easily.  This leads to some staggering numbers concerning complications and mortality:

Protecting the vascular health in those with diabetes is crucial to preventing the development of PAD and potential limb amputation.  This can be accomplished most effectively through careful monitoring and control of diabetes through regular doctor appointments, healthy lifestyle, and in some cases, medication or insulin.

If PAD does develop, treatment options such as those provided by Cardiovascular Institute of the South and our PAD specialists can greatly improve the condition and prevent potential complications such as amputation.  PAD treatments include balloon angioplasty, stenting, and atherectomy to clear away plaque build-up and re-open the narrowed artery.

If you have been diagnosed with diabetes, controlling your condition should be first and foremost.  You should also be aware of related conditions which you may have an increased risk for as well.  Discuss complications such as PAD with your physician, and carefully monitor your legs for any possible PAD symptoms.  While CIS prides itself on effective and groundbreaking PAD treatment, prevention is the best treatment of all.

A simple, painless screening can determine your risk for PAD. Schedule an appointment today with a CIS physician near you.