How the Flu can Hurt Your Heart 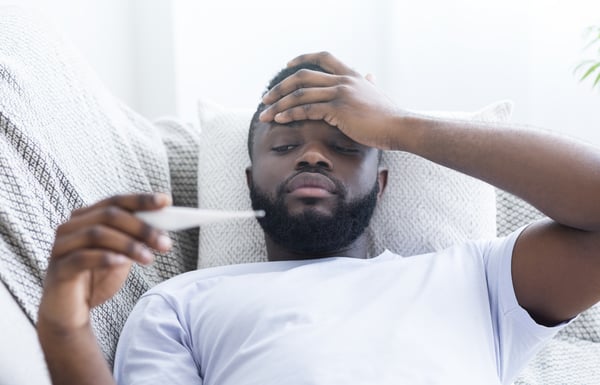 Fall is a beautiful time of year, bringing cooler temperatures, vibrant colors, and ushering in the holiday season. On the other hand, fall also marks the beginning of flu season, leaving millions of Americans sick every year. For the current flu season, Louisiana is taking a particularly hard it, being one of only three states carrying a "widespread" flu classification from the CDC. This means that not only are more residents in the state ill than in other parts of the country, but that more hearts are at risk as well.

What does the Flu have to do with Your Heart?

Not only is the flu a serious illness in its own right, it can also make you more susceptible to secondary illnesses such as pneumonia. Such conditions can be hard on the body and on the cardiovascular system in particular, as they can reduce oxygen levels and require the heart to work harder than normal. In addition, studies have shown that a person's heart attack risk is up to 6 times higher during the week following a flu diagnosis.

Risks of the Flu with Existing Heart Disease

While the flu can be hard on anyone, it is particularly dangerous for those who have an existing heart condition. All of the problems, such as lowered oxygen levels, that can affect otherwise healthy patients, are even more severe for those who already have a weakened cardiovascular system. Furthermore, the inflammatory response that the immune system uses to combat the flu can disrupt existing plaque buildup in arteries, creating life-threatening blockages.

How the Flu Shot can Protect Your Heart

The good news for everyone is that by receiving the flu vaccination, you are not only lowering your risk of contracting the flu, you are also taking a big step to protect your heart. Researchers believe that as many as 90,000 coronary deaths could be prevented each year with the flu shot. In addition, studies suggest that the vaccine boasts major benefits, such as protecting against atherosclerosis and reducing the risk of stroke and heart attack by up to 25 percent.

When flu season rolls around, it is important to take the necessary protective measures, especially if a pre-existing condition already has your cardiovascular health at high risk. Get the flu shot every year, wash your hands regularly, and steer clear of those who are sick or who are exhibiting flu-like symptoms. They may be simple measures, but they are ones for which your heart will thank you.