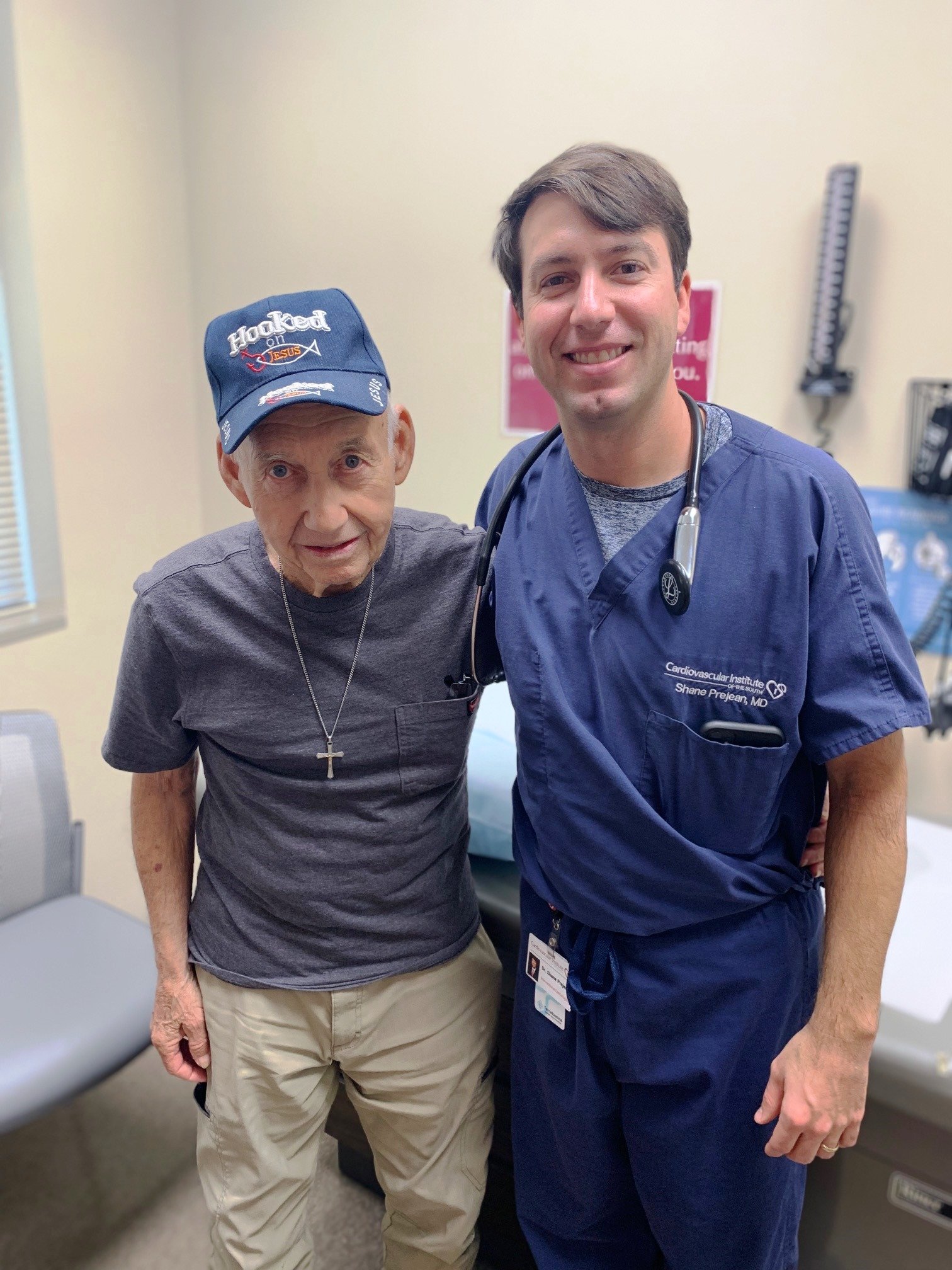 Philip Soulet, 87 from Chauvin, La, was admitted to the emergency room in May with acute heart failure. “He was so sick and weak,” explained his daughter, Angel. “He had shortness of breath and so much swelling and pain. He was on his deathbed.” After an emergency coronary intervention, he had an internal pacemaker implantation by Dr. Richard Abben. Philip hadn’t had any other cardiovascular issues previously, but he had an estimated 30 pounds of excess fluid due to his heart failure.

In August, he received a transcatheter aortic valve replacement (TAVR) to replace his diseased heart valve. Both Philip and his daughter were inspired by Dr. Shane Prejean’s passion before the procedure. “He said he would save him, and he did,” Angel said. “That moment changed everything for us.”

Angel remembers how nervous she was waiting to hear how the procedure was going. “I was so worried, but they called me to update me on how it was going,” she recalled. “They really love their patients. It’s a personal relationship, and they truly care.” The procedure was a success.

This week, Philip came to CIS in Houma for a followup visit with Drs. Prejean and Abben. Just two and a half months after his procedure, he is gaining healthy weight back and walking well on his own. “My heart was so bad; it is unbelievable what they’ve done in a short time,” he said. “We have faith in God and that helped us through.”

“He is getting better every day,” Angel said. “He could hardly lift his legs before and now he takes walks with me. These doctors are amazing; they took such good care of my dad. They saved his life!”

To show his gratitude, Philip presented Drs. Prejean and Abben with a physician’s prayer card at his visit. “When you have doctors like this, they are doing God’s work,” he said. “They gave me the courage to fight for my life.” 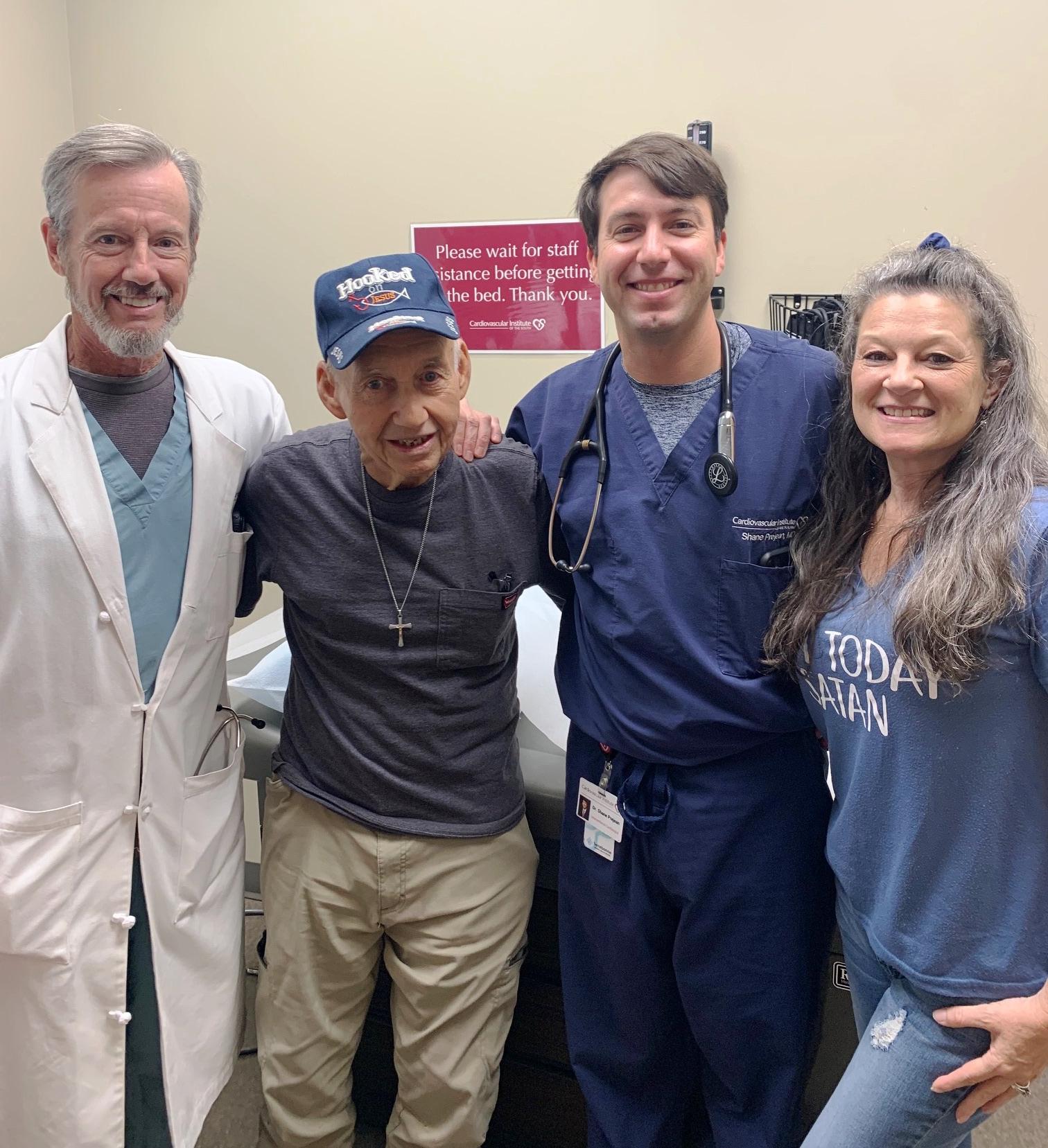 This week, Philip turns 88 years old. Happy birthday! He and his daughter could not be happier with the improvement in his health and the care he received at CIS.

“He’s the only family I have left, and now we have a lot more time together,” smiled Angel.

If you experience symptoms similar to Philip, visit a CIS clinic near you for an appointment.